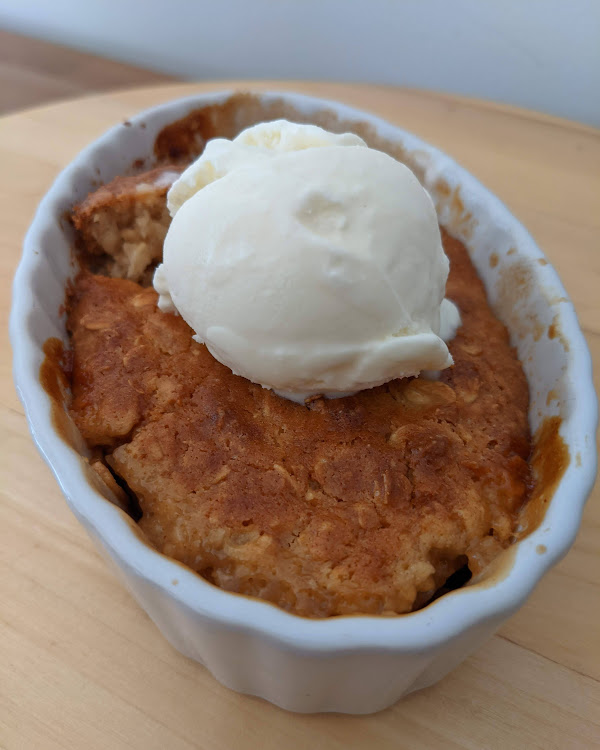 Here’s the apple cobbler or apple crumble I made today. Here’s a quick video of it on my Instagram. I still don’t have a phone / camera stand so it’s all shaky and blurry and potrait at some places, landscape at others [facepalm].

This event popped up on my feed somewhere and I decided to take the child for some urban apple ‘picking’ yesterday. And then, today, we decided to make something out of the apples. 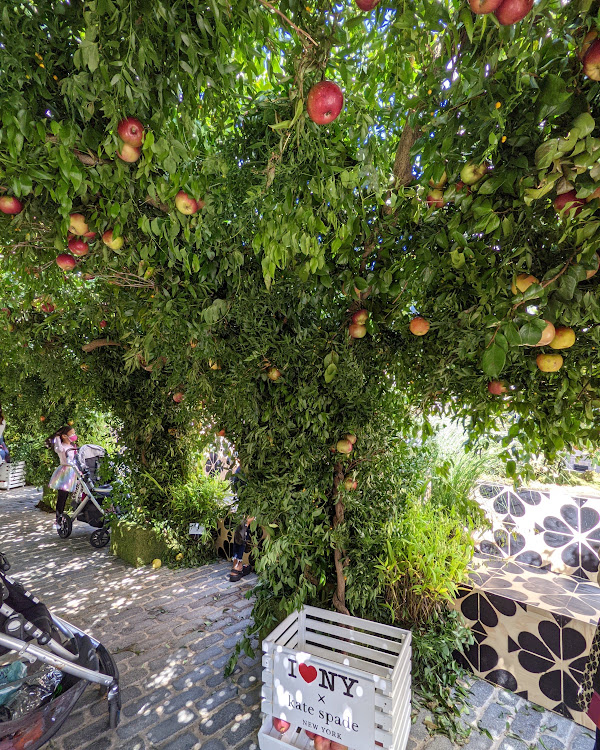 The kiddo loves pies, but the crust seems a bit of work to me. And I don’t have a pie pan, yet. The cobble / crumble seemed simple enough. Incidentally, not surprisingly, it being almost fall, this Food Network apple crumble popped up on my IG feed, but I saw a few other random recipes, including Bon Appetit’s and ended up just doing something of my own with these oval ramekins or creme brulee dishes I had.

I thinly sliced one apple, tossed it in sugar, cinnamon, lemon juice and salt, and set it aside.

Lined my ceramic dishes first with ghee, then with the sliced & seasoned apples and it’s juice, poured this thick-ish batter, and baked for 30 minutes on 425 F.

Topped it off with my home-made vanilla ice-cream and the child was a happy kid! He went, “Papa, you got to try it after tasting a spoonful.” This mama was thrilled!

If you end up trying this fall recipe, share how it worked out for you. If you have any other favourite small portioned recipes for the cobblers and crisps, also share. I’d love to try 🙂

Gulab Jamun at Saravanaa Bhavan. How hard it is to