Speaking like a true foodster, this was the best part of the trip! SOUTH offered the best food on the trip. And the drinks matched up. Latin cuisine!

This place meant business. Neither fibbing nor pretense like some claiming to tiptoe around so as to not hurt others’ feelings. Hah! SOUTH does no tip-toeing but delivers solid kicks with their food and drinks.

The jackfruit tacos got everybody’s attention. So did the enchiladas.

The enchiladas were refried beans-sauced which was different than your usual tomato enchiladas sauce. And it was just imported Chihuahua cheese inside, no vegetables. They still tasted fine. I think the key was good corn tortillas. It came with seasoned white rice & fried jalapeños. 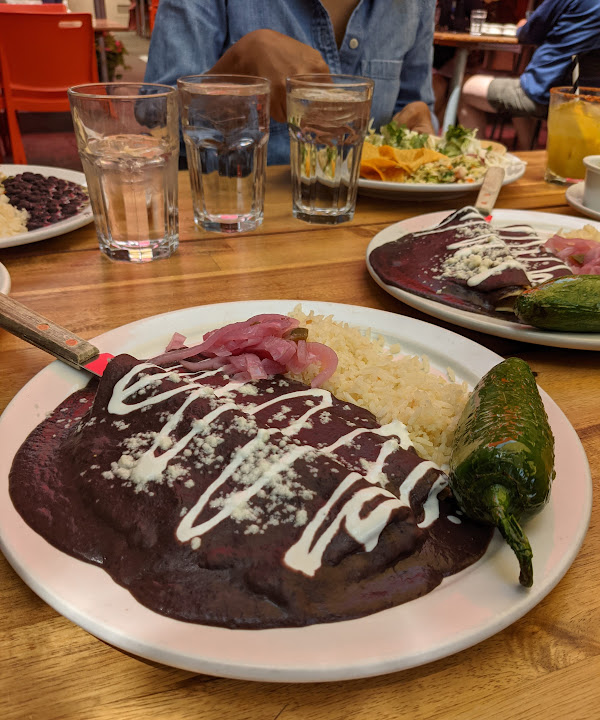 The jackfruit tacos had a lot of aplomb. Well seasoned and very hearty, the jackfruit was marinated in a rich red chili sauce. The tacos were topped with Peruvian green sauce, onions, and cilantro. 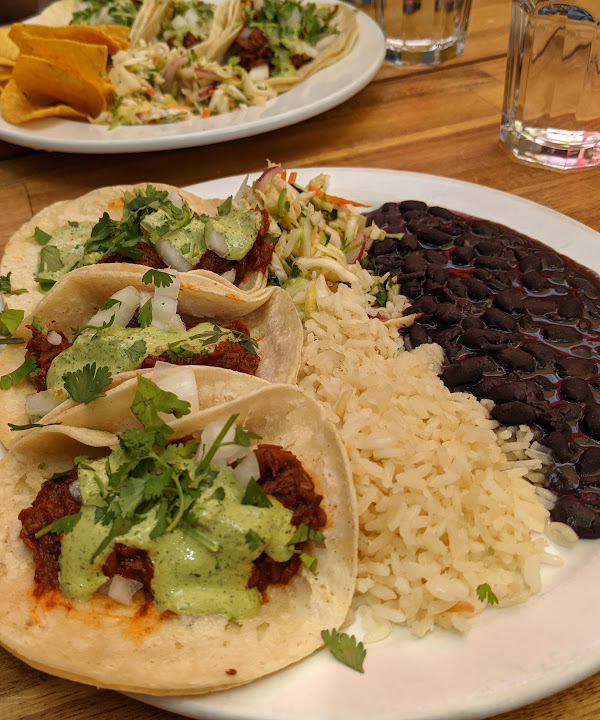 We also got a couple of sweet potato tacos too. Every bit tasty, those sweet potatoes + roasted poblanos, garnished with creamy taco sauce and topped with onions, cilantro, and cabbage. 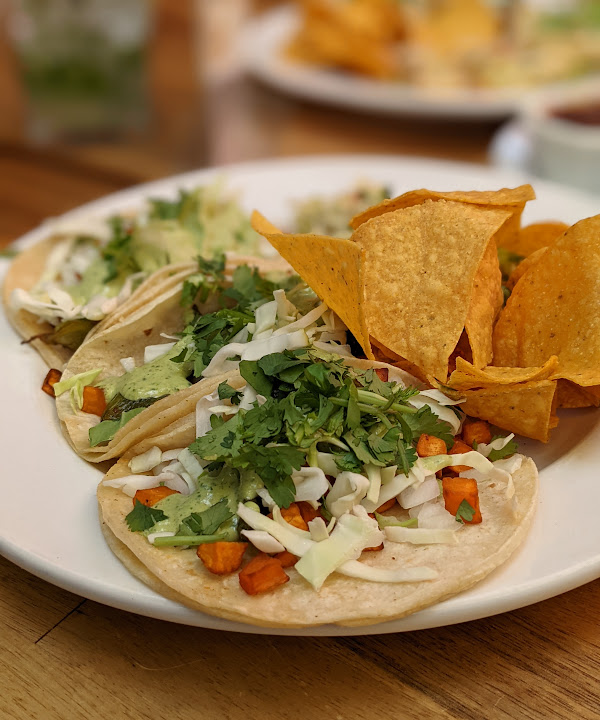 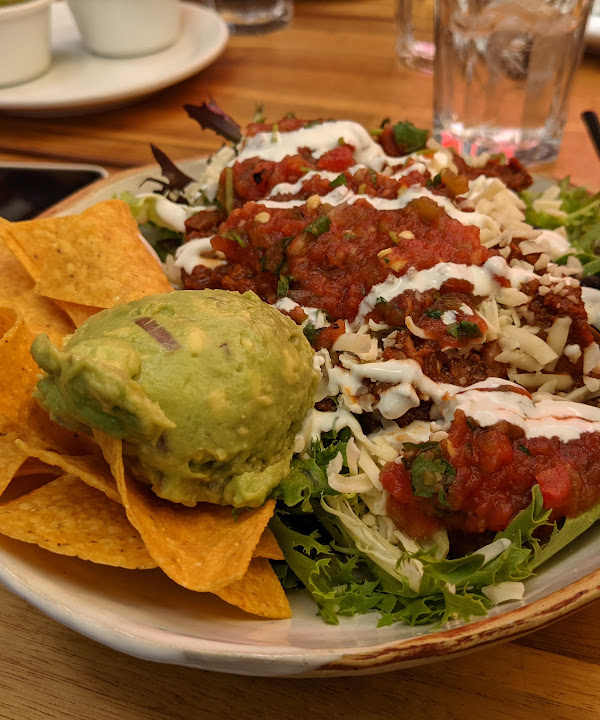 The salsas were amazing and stood their own ground. Usually a sign of good food, I believe. 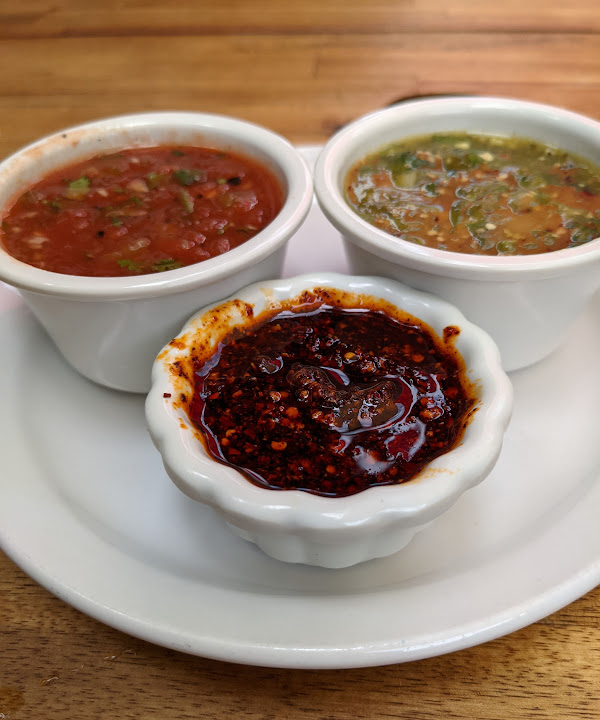 The drinks were very tempting and seemed recreatable (if that’s a correct word) at home.

The Basil Daisy was the one a lot of the folks on the table ordered. Fresh daisy mix infused with basil, served in chili-salt rimmed glass. Next up was the Stinger – muddled cilantro & jalapeño with fresh lemon & lime juice. On a usual day, this would’ve been my order, but this day, I went with a Caipirinha. Apparently, I was the only one there who hadn’t tried that drink, yet. 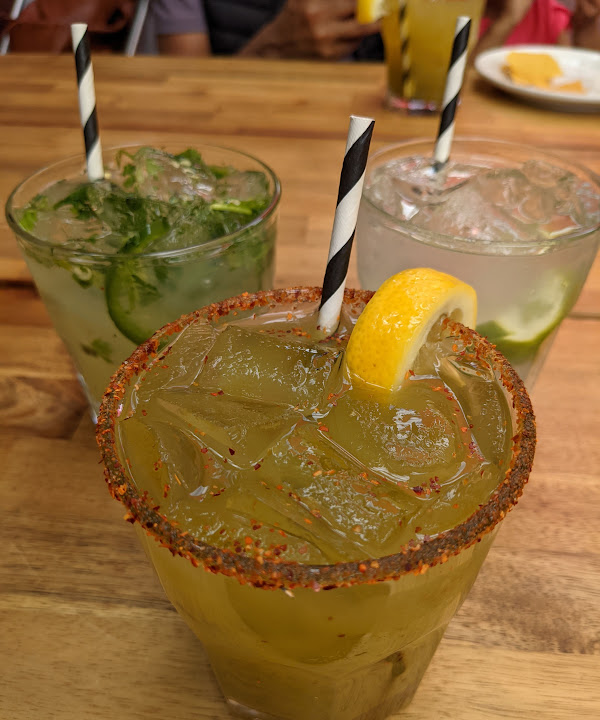 The kids got quesadillas and fries which I did not seem to have clicked!?

It was a meal to remember!

Gulab Jamun at Saravanaa Bhavan. How hard it is to